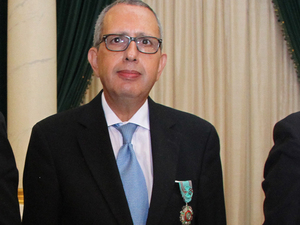 Tunisia fired its ambassador to the U.N. on Friday accusing him of failing to consult the foreign ministry on key issues that diplomatic sources said included Washington's controversial Middle East peace plan.

"Tunisia's ambassador to the United Nations has been dismissed for purely professional reasons concerning his weak performance and lack of coordination with the ministry on important matters under discussion at the U.N.," a foreign ministry statement said.

Diplomatic sources said that ambassador Moncef Baati, who has occupied a seat at the U.N. Security Council since the start of the year, had gone further than President Kais Saied wanted in his criticism of U.S. President Donald Trump's long-delayed peace plan.

Saied, a political outsider who only took office in November after a surprise election victory, was concerned that Baati's expressions of support for the Palestinians risked damaging Tunisia's relations with the United States, the sources said.

"It was quite a shock to hear that. I don't know all the details, the reason behind this," Ambassador Marc Pecsteen de Buytswerve of Belgium, which holds the rotating presidency of the Security Council, said of the sacking.

"He was a very good colleague and I really very much regret to see him leave," he added.

Another diplomat and member of the Security Council, who did not wish to be identified, said that Baati was "the right person" to negotiate a resolution wanted by the Palestinians.

Baati's swift recall to Tunis meant that he missed a closed doors briefing of the Security Council on Thursday by the U.S. plan's architect, Trump adviser and son-in-law Jared Kushner.

After the briefing, Kushner blamed Palestinian President Mahmoud Abbas for a spike in violence in Israel and the Palestinian territories since the plan was unveiled on January 28.

Abbas "calls for days of rage in response and he said that even before he saw the plan," Kushner told reporters in New York.

Abbas is due at the U.N. next week to oppose the plan and demand adherence to international law.

The Palestinians hope to push for a Security Council resolution condemning the Trump plan, but any text will almost certainly be vetoed by the United States.

A veteran diplomat, Baati was in retirement last year when he was asked to return to active duty and represent Tunisia at the United Nations.