US Citizen Dies of Coronavirus in Wuhan, Says Embassy 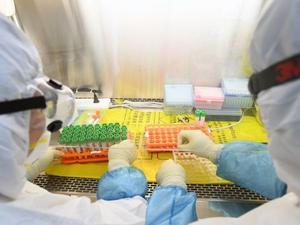 A US citizen has died from the new coronavirus at the epicentre of the epidemic in China, the US embassy said Saturday, in what appeared to be the first confirmed foreign death from the outbreak.

"We can confirm that a 60-year-old US citizen diagnosed with coronavirus died at a hospital in Wuhan, China, on February 6," an embassy spokesman told AFP, without specifying the person's gender.

"We offer the sincerest condolences to the family for their loss," the spokesman said, adding that no further comment would be made out of respect for the family's privacy.

At least 722 people have died from the virus in China while more than 34,000 have been infected, according to the latest official figures.

Two people have died from the virus outside the mainland: a man from Wuhan in the Philippines and a 39-year-old man in Hong Kong.

The Chinese foreign ministry said on Thursday that 19 foreigners have been infected in China, and two of them have recovered. The ministry refused to disclose their nationalities.