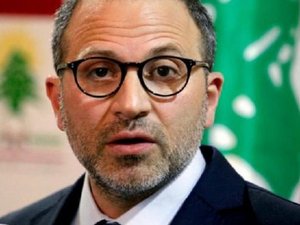 Free Patriotic Movement chief MP Jebran Bassil has urged an end to arms proliferation in the country in the wake of death of three army troops in a raid in Hermel.

“The martyrdom of three army soldiers during the pursuit of armed robbers in Hermel strongly raises the issue of arms proliferation,” Bassil tweeted.

“We express all support for the army and security forces to implement a decisive security plan,” Bassil added.

The lowlife blames 'arms proliferation' for the death of the 3 soldiers and not the culture of the illegal weapons of his boss and ally that protects and encourages criminals and terrorists. Had this incident happened in another Lebanese area, this monster would have included regional and international conspiracies, blamed Daesh, Saudi Arabia and Israel.

are you going to ask hezbollah to hand their weapons to the army ya chattour?

Why is he still talking?