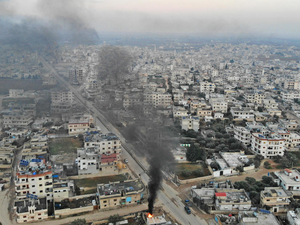 Syrian government and allied forces on Tuesday wrested the last segment of a key highway from rebels in the northwest of the country, a war monitor said.

The reconquest came on the back of a months-old offensive against the rebel enclave of Idlib and marked the first time since 2012 that the government controlled the entire M5 highway, which connects Damascus, Hama, Homs and Aleppo.