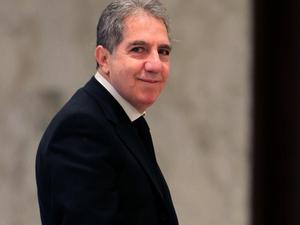 Wazni kicked off talks with a “technical nature” with the International Monetary Fund and the World Bank, in the presence of representatives of investment Lazard Bank, which advised Greece on the management of its debt, added the daily.

Lazard attends the negotiations as an “adviser of the Lebanese State,” according to al-Joumhouria.

Awaiting the results of these negotiations, Lebanon’s government must not make any decision whether it plans to pay or not these Eurobonds, otherwise, in both cases, the State and Lebanese citizens could be immensely harmed, said the daily.

On Sunday, Lebanon’s central bank has proposed that Lebanese holders of the $1.2 billion Eurobonds swap their holdings for longer-dated notes.

Crisis-hit Lebanon is on the brink of defaulting on its sovereign debt and the impact is being felt by all social classes, with tough restrictions on cash withdrawals and a steep de-facto devaluation of the national currency.

The World Bank has warned that if no solution is found swiftly to the crisis, the poverty rate may shoot up from a third to half of the population.

On Sunday, Lebanon’s central bank has proposed that Lebanese holders of the $1.2 billion Eurobonds swap their holdings for longer-dated notes.

That is referred to in financial markets as 'Selective Default'. During the last two months, Venture capital or foreign 'Sharks' bought Lebanese Eurobonds from Lebanese Banks desperate to raise liquidity at 60-70 % hoping to cash in at par on maturity in March 2020. As a result, Foreign investors of Lebanese Eurobonds hold about $800 million while Lebanese investors hold $400 million of the total due of $1.2 billion.

Regardless of what these incompetent ministers think they will do, Lebanon's financial ratings will suffer as a result of this Selective Default.

We’re going to get ripped off again. There are dollars for foreign investors who accepted to take a risk by lending to this shitty country but there are no dollars for Lebanese citizens .