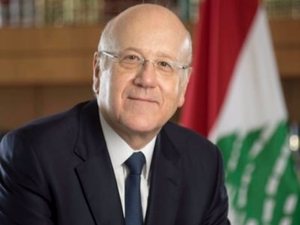 “The people have no more confidence in the current political class. We need to stage early parliamentary elections to facilitate the mission of the new government, now that it has gained its vote of confidence,” said Miqati in a press conference.

“I urge the Parliament to hold a meeting soon. We submitted a proposal for a parliamentary election law based on 5 districts where every voter votes within his own district with two preferential votes. Meanwhile the term of the current parliament would be shortened," said Miqati.

After the new Cabinet of PM Hassan Diab won the confidence vote at the Parliament on Tuesday, Miqati said “we need to take very difficult decisions in the next stage. This is not related to the government or the people, but rather to the source of the authorities and the authority itself.”

Look at this crook trying to come back.

Trying to devise an electoral law that would insure they all return again and again.

I thought the same

and 3rd rule, anyone who has been a minister goes to jail, directly to jail and does not pass go.