US to Renew Iraq Sanctions Waiver for 45 Days 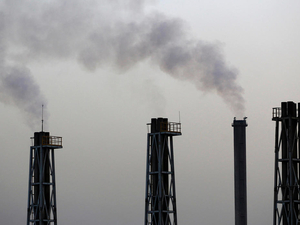 The United States will grant Iraq a brief 45-day extension to a waiver allowing Baghdad to continue importing Iranian gas despite American sanctions, an Iraqi official told AFP on Wednesday.

The US slapped tough sanctions on the Iranian energy sector in late 2018 and initially granted Iraq a 45-day waiver before repeatedly extending it for 90 or 120 days.

Baghdad relies on gas and electricity imports from its neighbour Tehran to supply about a third of its power grid, crippled by years of conflict and poor maintenance.

"The extension this time will be for just 45 days, with some strict conditions," the senior Iraqi official said.

The two countries were still in talks over what exactly those conditions were.

Washington has repeatedly insisted Iraq wean itself off Iran by partnering with American companies to capture natural gas to use for its power plants and to improve transmission of electricity into homes to reduce waste.

Iraq signed a memorandum of understanding with US powerhouse General Electric last year and has been in talks with other energy firms, but contracts have not yet been signed.

Both American and Iraqi officials told AFP the US was frustrated with Baghdad's slow progress.

The latest waiver was set to expire this week but the US did not want to create additional pressure on prime minister-designate Mohammad Allawi, who is trying to form a new cabinet at a time of turmoil in Iraq.

"Washington didn't want to hamstring Allawi just as he was starting out," the official said.

Failing to renew the waiver could have exposed Iraq to secondary sanctions for dealing with Iran's energy sector and central bank, both blacklisted by the US.

The waiver has allowed Iraq to continue importing about 1,400 megawatts of electricity and 28 million cubic metres (988 million cubic feet) of Iranian gas over the last 15 months.

Baghdad pays for the imports by depositing Iraqi dinars into an account at the state-owned Trade Bank of Iraq, which Iran is technically allowed to use to purchase non-sanctioned goods.

A few payments have been made but Iran had been unable to access the funds due to ongoing technical disputes.

TBI chairman Faisal al-Haimus told AFP last month that if the waiver was not renewed, his bank would be forced to stop processing the payments.