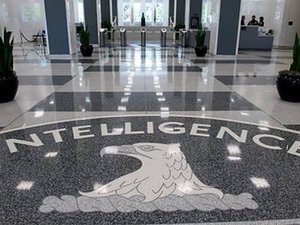 A Lebanese-German man who says he was snatched by the CIA in Macedonia and tortured at a secret prison after being mistaken for a terrorism suspect, will begin a legal battle against Macedonia Friday to demand official recognition of his ordeal.

Khaled el-Masri is seeking €50,000 ($69,000) in compensation — and an apology — from the government in Macedonia, where he says he was abducted while on a trip in 2003. His action follows failed attempts to have his case heard in court in the United States and Germany.

El-Masri, who is of Lebanese descent, says he was brutally interrogated at a secret CIA-run prison in Afghanistan for more than four months. He said he went on hunger strike for 27 days and was eventually flown back to Europe and abandoned in a mountainous area in Albania.

His lawyers in Macedonia, Darian Pavli and Filip Medarski, said they are seeking compensation on the grounds that Macedonia sanctioned his alleged abduction and subsequently blocked any investigation into the incident.

Authorities in Macedonia deny any involvement in his alleged kidnapping.

"To start with, it would be good if Macedonia at least apologizes to el-Masri," Pavli said Thursday, adding that his client would not be present for the start of the trial at a court in Macedonia's capital Skopje.

U.S. officials have refused to comment publicly on the case, but diplomatic cables released by WikiLeaks website show that diplomats in Germany and Macedonia were at pains to keep the case out of the news and the court.

In a cable from the U.S. Embassy in Skopje, Macedonia, dated Feb. 6, 2006, then-Prime Minister Vlado Buckovski is cited as promising the U.S. ambassador he would continue to refuse local press requests to discuss the el-Masri case.

On Friday, an international campaigner against the United States' so-called extraordinary rendition program — to snatch and interrogate terror suspects without court sanction — is due to testify at the Skopje court.

Clara Gutteridge, of the London-based rights group Reprieve, will present the findings of the group's investigation into the el-Masri case, the organization said in a statement Thursday.

In the United States, El-Masri had filed a lawsuit against former CIA director George Tenet in a case assisted by the American Civil Liberties Union. But the complaint was never heard in court on the grounds that it would reveal U.S. government secrets. That rejection was upheld by the U.S. Supreme Court in 2007.

In December, a German court rejected a lawsuit filed by el-Masri seeking to force Berlin into prosecuting suspected CIA agents who allegedly illegally detained him.

The court case in Macedonia was likely to last at least two years, El-Masri's lawyers said.