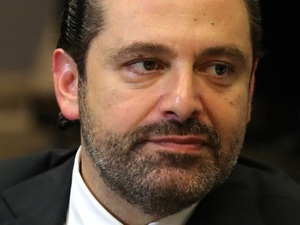 Al-Mustaqbal Movement of ex-PM Saad Hariri that moved to the opposition after the resignation of its chief, seeks to bring the opposition parties and figures of the popular movement in a “united front,” al-Joumhouria daily reported on Thursday.

Mustaqbal sources told the daily that in order for the opposition to be “effective and productive,” it must be “united at the level of parliamentary blocs, political parties and figures from the Movement.”

They said an “understanding could be reached with Movement figures to have them represented in the Parliament.”

After the commemoration ceremony of his father on February 14, Hariri is expected to promote this opposition “with new understandings,” after his earlier agreement failed with founder of the Free Patriotic Movement President Michel Aoun and his son-in-law Jebran Bassil.

“A constructive opposition can not succeed without strengthening itself and reinstating clear political bases with the opposition blocs, mainly with the Lebanese Forces, Kataeb party, Progressive Socialist party, independent MPs, independent figures of the March 14 camp, and figures from the Movement,” said the sources.

“Conducting dialogues and understandings with political figures and leaders involved in the Movement that has existed since October 17, would give real significance for building effective opposition,” they added.

“Conducting dialogues and understandings with political figures and leaders involved in the Movement that has existed since October 17, would give real significance for building effective opposition,”

and here is how they hijack a popular movement to pretend it's theirs just to cling to their seats while never listening to people's demands...

if you were truly with the movement you would have resigned long ago and ask for new elections as the people have been asking...

make your MPs resign from parliament that is..

Saad: Please, renew our existing agreements; I give you my..... and my ooo's .....and you make a wire transfer.

LoL, how about a small extension, let’s say 4 million dollars to round up the total to 20M? :)