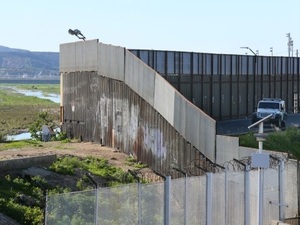 The U.S. Defense Department is shifting another $3.8 billion dollars from procurement and other operations to the construction of a wall on the U.S.-Mexican border, official documents sent to the U.S. Congress showed Thursday.

The move expanded rebudgeting of Pentagon funds to support President Donald Trump's efforts to accelerate construction of the wall, circumventing Congress, which has so far blocked funding.