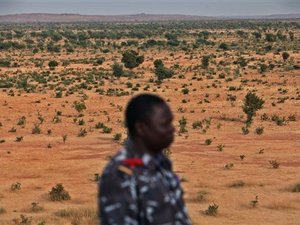 The Group to Support Islam and Muslims (GSIM) claimed responsibility and said it had also captured three gendarmes, members of a police force under military control.

But one captive managed to slip away and walked 80 km south through arid terrain before reaching the town of Niono, a local gendarme said on Thursday, speaking on condition of anonymity.

The individual was identified as a non-commissioned officer but his name was not given.

A military medical officer, who also requested anonymity, said the gendarme followed a tributary of the Niger River and used bushes for cover during his escape.

Once reaching Niono, the gendarme was transferred to the town of Segou for medical treatment.

"He's holding up well," the medical officer said on Thursday.

The circumstances of his escape and the timeline of his exploit are unclear.

Mali has been struggling to contain an Islamist insurgency that erupted in the north in 2012 and has claimed thousands of military and civilian lives since.

Despite the presence of foreign troops, the conflict has since spread to the center of the country, as well as neighboring Burkina Faso and Niger.