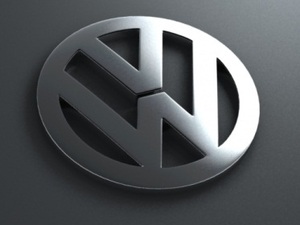 Consumer representatives and car giant Volkswagen each blamed the other Friday for a breakdown in talks over a settlement for 400,000 German customers in the firm's "dieselgate" emissions cheating scandal.

VW shot first, saying around midday it had offered 830 million euros ($900 million) to consumer organisation VZBV, but that "disproportionate" fee demands from their lawyers had torpedoed the deal.

In a statement, the sprawling 12-brand group later said it would "offer customers registered as part of the mass lawsuit... the negotiated settlement without support from the VZBV".

For his part, VZBV director Klaus Mueller told reporters in Berlin that the talks "failed because of VW's lack of openness to enable a transparent, trustworthy and secure system" to actually pay out the cash.

"We cannot in any way support a settlement that isn't trustworthy or that has impossible to predict consequences for consumers," he added.

The mass lawsuit is one of the biggest legal hangovers from VW's 2015 admission to fitting 11 million vehicles worldwide with software to make motors appear less polluting in regulatory tests than in real driving conditions.

While American diesel buyers have enjoyed generous buyback and compensation schemes, German drivers had so far gone uncompensated for the impact of the scandal, which has since spread to other carmakers.

Some 400,000 off them had rallied behind the VZBV in the first-of-its-kind grouped proceeding, which opened last September.

Around 70,000 individuals also have open claims against VW, while 55,000 cases have been settled or decided in court.

"We will continue the court case with all our strength," Mueller said, adding that "it's baffling to me that VW broke off talks in this way today."

So far the fallout from diesel cheating has cost VW more than 30 billion euros worldwide in legal costs, fines and compensation, most of it in the US.

A response from the authorities was slower to come and less painful in Germany, with VW and subsidiaries Audi and Porsche paying a total of 2.3 billion in fines in the group's home country.

Meanwhile the company's efforts to polish its image have prompted bosses to pivot sharply towards offering far more electric vehicles in the coming years than previously planned.

With any final settlement with German drivers likely a tiny fraction of the total costs of dieselgate so far, VW's shares were not punished on markets Friday.

The stock was trading down 0.7 percent at 171.32 euros in afternoon trading, against a DAX index of blue-chip shares up 0.1 percent.

As well as the car owners, investors have also launched mass lawsuits relating to "dieselgate".

They demand compensation for VW shares' loss in value immediately after the scandal broke.