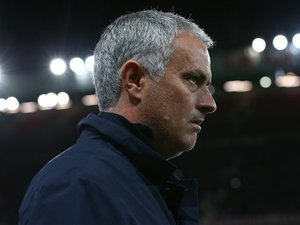 Dele Alli is not racist and regrets posting a social media video which appeared to joke about the new coronavirus, said Tottenham Hotspur manager Jose Mourinho on Friday.

Mourinho put the 23-year-old Spurs and England midfielder's Snapchat video down to "a young generation" error, although the player has been asked by the English Football Association (FA) to explain the post.

Alli's video -- which was subsequently deleted after several complaints were made -- showed him wearing a face mask in an airport departure lounge with the message 'Corona whattt, please listen with volume'.

He moved the camera towards an Asian man before showing a bottle of antiseptic hand wash, with a caption saying 'This virus gunna have to be quicker than that to catch me'.

The death toll from China's virus epidemic neared 1,400 on Friday with six medical workers among the victims, underscoring the country's struggle to contain a deepening health crisis.

Nearly 64,000 people are now recorded as having fallen ill from the virus in China.

The COVID-19 epidemic -- as the World Health Organization formally named it -- has also reached Britain where nine cases have been identified.

"I spoke with him (Alli) about that but it was quite an easy conversation because he was very sorry about -- let's say, the mistake -- but it was never his intention to hurt or offend," said Mourinho at his Friday press conference.

"He immediately regretted and recognized it was a young generation mistake and he apologized.

"I have a son at the same age as Dele and many of the players.

"I know social media is for his generation but when you are a public person like footballers are, they have to know and they have to be very, very careful.

"Dele is a great guy. The last thing he is, is anything connected with racism."

The FA's guidelines around media comments and social media posts remind participants that it will consider charges under Rule E3 if it is felt that someone has acted in an improper manner or brings the game into disrepute.

Manchester City's Bernardo Silva was banned for one game and fined £50,000 ($65,000) earlier this season after what was deemed an inappropriate tweet to team-mate Benjamin Mendy.