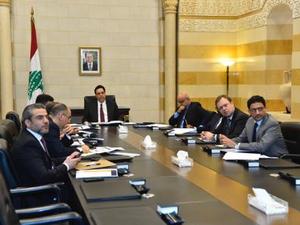 EDL receives one of the largest slices of the government's budget after debt servicing and salaries.

According to the World Bank, government transfers to EDL averaged 3.8 percent of gross domestic product from 2008 to 2017, amounting to about half of Lebanon's fiscal deficit.

Lebanon is one of the world's most indebted countries.

Lebanon had committed itself to overhauling the electricity sector during the 2019 CEDRE conference in Paris.

All talk and nothing will happen unless FPM and Amal are forced to let go of the sector. The plan is nothing but overhyped trash pushed by FPM.

With all the failures of EDL, can someone explain to me why their management is still in place from the days of the Syrian occupation? They should have been fired long ago.

Because they are connected to the corrupt politicians that are still holding on to power...