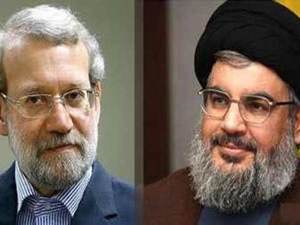 A statement issued by Hizbullah’s media department said the talks tackled “the latest situations in the region, the ongoing developments and means to confront the political, security and economic challenges.”

Is Larijani also going to meet with Lebanese parties or just the iranian owned hezbollah?