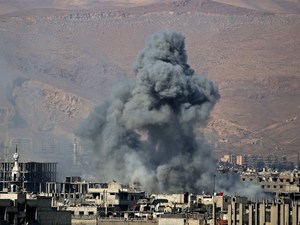 Thank you and God bless you!

Damn, Why only six? we need more please

wish it happened more often---maybe go after iranian planes to help us stave off the corona virus too.

1 name--and not a zionist, not dumb nor any other label except someone who thinks for himself. You and the rest of the zionist labelers should go back to school and figure things out. A terrorist is a terrorist no matter which side they pretend to support. They killed some mercenaries hired by a terrorist regime, which makes them in turn terrorists.

Move on and think for yourself.