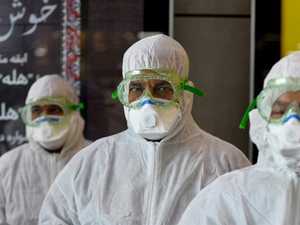 More than 100 Turks are being quarantined after returning from coronavirus-hit Iran, Turkey's health minister said on Tuesday.

The 132 passengers were evacuated to Ankara from Tehran as part of a Turkish government operation, Fahrettin Koca said in a statement.

Passengers and crew will be transferred to a hospital in Ankara for initial health checks and placed under quarantine, he said.

Turkey has yet to confirm a single case of the novel coronavirus but neighbouring Iran has been hit by the deadliest outbreak outside of China.

The Islamic republic has been scrambling to contain the COVID-19 virus since Wednesday last week when it announced the first two deaths in Qom, a centre for Islamic studies and pilgrims that attracts scholars from abroad

Turkey said on Sunday it would "temporarily" close land and railway borders with Iran.

Air traffic from Iran to Turkey was also halted on Sunday but departures to Iran were allowed to continue.