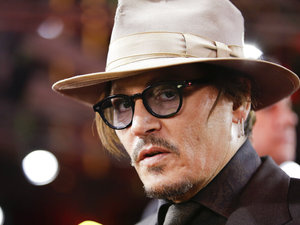 Hollywood star Johnny Depp made a surprise appearance at England's High Court on Wednesday for a hearing in his libel case against The Sun newspaper.

The "Pirates of the Caribbean" actor is suing the tabloid and its executive editor Dan Wootton over a 2018 article which accused him of abusing former wife Amber Heard.

The 55-year-old sat in the court in London wearing a suit and blue-tinted glasses for the pre-trial review hearing.

Depp accuses Heard, 33, of being the "aggressor" in the rocky relationship, which ended in 2016.

His lawyer David Sherborne told the court he had evidence that "diametrically opposed" claims in the article.

"There is such a contrast between the version of events that is provided by Ms Heard and that provided by Mr Depp," he said.

"It is black and white. One person, one side, is lying, and one is not."

The 10-day case is due to start on March 23, and is expected to hear from witnesses over a video-link from California.

Depp has brought separate libel proceedings against Heard in the United States.