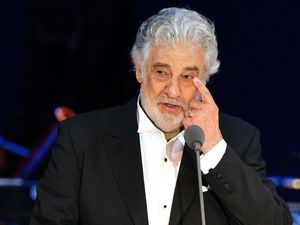 It is the first time that a performance by the 79-year-old has been called off in his native Spain since he was accused by 20 women last year of forcibly kissing, grabbing or fondling them, in incidents dating back to at least the 1980s.