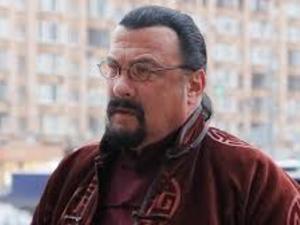 U.S. securities regulators announced on Thursday they had fined actor Steven Seagal and suspended him from investment promotions over charges he hawked a cryptocurrency venture without disclosing compensation.

The "Under Siege" actor pitched the initial coin offering, Bitcoiin2Gen, on social media, urging followers not to "miss out" on a venture hailed as the "next generation of Bitcoin," the Securities and Exchange Commission (SEC) said in an order.

The actions flouted a securities law that requires people who publicize securities to disclose compensation, the SEC said.

"These investors were entitled to know about payments Seagal received or was promised to endorse this investment, so they could decide whether he may be biased," said Kristina Littman, chief of the SEC enforcement division's Cyber Unit.

The U.S. regulator ordered Seagal to pay $314,000 in fines and disgorgement of ill-gotten gains and barred him from plugging securities for three years.

Seagal, a big supporter of Russian President Vladimir Putin, is not the first celebrity to face sanctions from US regulators over cryptocurrency.

In November 2018, the SEC announced charges against legendary boxer Floyd Mayweather and music producer Khaled Khaled, known as DJ Khaled, over their promotion of Centra Tech, another cryptocurrency investment.