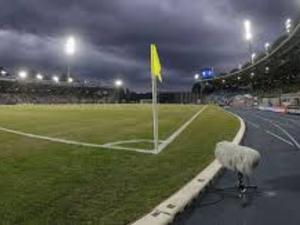 Manchester United's Europa League match at LASK will be played behind closed doors as the coronavirus plays havoc with the European football calendar, both clubs announced on Tuesday.

"LASK announces that, given the current situation, the home game against @ManUtd on Thursday will take place without spectators," the Austrian Bundesliga side said on Twitter.

The club made the decision about Thursday's last 16, first leg clash following advice from authorities in the country.

A statement on United's website said: "Following guidance from the Austrian government, we have been informed by (European governing body) UEFA and LASK that the Europa League game on Thursday will be played behind closed doors."

The match is one of several fixtures that will have no spectators this week, including Paris Saint-Germain's last 16 Champions League match against Borussia Dortmund on Wednesday.

Austrian League chief Christian Ebenbauer said: "We are putting our full confidence in the experts and quite naturally taking measures to protect the population."