Coronavirus: Could the Tokyo Olympics be Canceled? 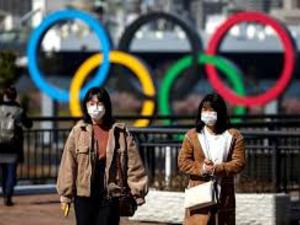 The 2020 Olympics are due to open in Tokyo on July 24 but with coronavirus sweeping the world, there is growing concern that the Games will be either postponed or even cancelled.

So will the Games go ahead? And who will take the decision and when?

Below are the options.

Q: Have the Olympics ever been canceled before?

A: Since the first modern Olympics in Athens in 1896, the only reason that a Games has been cancelled is because of the world wars.

The 2004 Games in Athens was unaffected by the SARS virus of 2002-03 while the mosquito-bound Zika virus raised concerns ahead of Rio 2016 before fading in the run-up to the Games.

Q: Could the 2020 Olympics in Tokyo be cancelled?

A: In theory, the International Olympic Committee (IOC) has the power to cancel the Games or to relocate them away from Tokyo. But at this point the IOC does not appear to be considering either option. After an executive board meeting last Wednesday its president, Thomas Bach, said: "Neither the word cancellation nor postponement was mentioned."

The IOC has told AFP: "We are working with the Tokyo-2020 Organizing Committee for the success of the Olympic Games. We have confidence in them, in the Japanese public authorities and in the World Health Organization (WHO) with whom we are in constant contact."

But with the worsening of the coronavirus crisis, the possibility of cancellation cannot be entirely ruled out.

At 1400 GMT Tuesday, Japan had had more than 500 coronavirus cases across the country and has been linked to 12 deaths.

Q: Who will make the decision on whether the cancel the Games or not?

A: The power to cancel the Olympic Games formally rests with the IOC. The contract signed between the IOC and Tokyo provides that the IOC can withdraw the organisation of the Games from the host city "if the safety of the participants is seriously threatened."

However, Bach was in bullish form when he spoke to the press last week, saying: "The issue is not on the table and has not been considered."

Q: Could the 2020 Olympics be postponed?

A: In theory yes. The IOC entrusts the organizing committee with the mission of organizing the Olympic Games in a specific year, in Tokyo's case 2020.

A decision to postpone could lead to Japan losing the Games altogether. However, this can be modified with two-thirds of the votes of the IOC members who could thus decide to postpone them.

In practice, it would be more difficult to fit a rescheduled Olympics into a hectic sporting calendar. Smaller federations may be able to accommodate at short notice but bigger sports such as football, basketball and tennis may struggle with any shift in dates.

Broadcasters such as NBC, who have paid a substantial amount of money for the rights and have already sold $970 million of advertising, will also be distinctly unhappy about a postponement that forces them to put the Games up against other high-profile and profitable leagues such as the NBA.

And given that the apartments in the Tokyo Olympic Village are set to be sold off as soon as the Paralympics are over, there may be nowhere to accommodate the athletes.

Oh yes. The athletes. It is all too easy to forget about them. But they also have schedules, not just for competition but for training, conditioning and preparation.

"As I speak, the Olympic Games will take place."

Q: Could the Games be held behind closed doors?

A: Around 15 test events are still due to take place before the Games, notably in swimming, gymnastics and cycling, some of them qualifiers for the Games.

Several federations have floated the idea of holding these behind closed doors.

The Tokyo organizing committee has said it will examine this on a "case by case" basis.

But the Asia Sevens rugby tournament, a test event scheduled to be held in Tokyo in April, was cancelled on Wednesday, suggesting 'closed doors' is not a preferred option.

Even if some were held without spectators it would be far more difficult and costly for the Olympic Games -- over 4.5 million tickets have already been sold.

Q: When will a decision be taken?

A: The IOC has not said anything on this matter, only repeating that it has confidence in the "success" of the event. It is not surprising given that any prevarication or uncertainty might lead to a dip in ticket sales and could also affect athlete preparation.

Only Dick Pound, the former head of the World Anti-Doping Agency who is an IOC member, has popped his head above the parapet. "At some point, whether it's two months out or one month out, somebody is going to have to decide 'Yes' or 'No'," Pound said last month.

Given the immense amount of money at stake -- Tokyo has spent billions of dollars on infrastructure and preparation, which is not covered by insurance -- the IOC and the organizing committee will want to leave it as late as possible before pulling the plug on the biggest sporting show on earth.