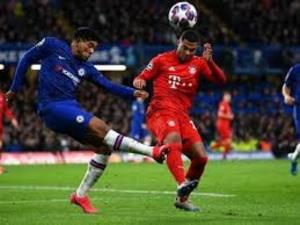 Bayern Munich confirmed on Tuesday that next week's Champions League game against Chelsea would go ahead without fans over fears of the spread of the coronavirus.

The German club's decision follows a ban by the regional Bavarian government on any gathering of more than 1,000 people until April 19.

Bayern hold a 3-0 lead over Chelsea going into the last-16 second-leg tie on March 18.