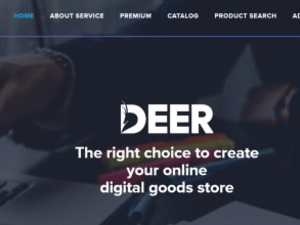 U.S. authorities have arrested a Russian national who ran a hacker "storefront" that took in at least $17 million by selling stolen personal data and other illegal products and services, according to court records.

The FBI arrested Kirill Victorovich Firsov, described as "a Russian cyber hacker," and the administrator of the deer.io platform "which catered to hackers," according to a criminal complaint.

Court documents showed Firsov was arrested upon arriving at a New York airport on Saturday. The arrest was first reported by the website ZDNet.

A criminal complaint unsealed after Firsov's arrest said that since 2013 Firsov operated the deer.io platform, including "virtual stores" that sold "a variety of hacked and/or compromised US and international financial and corporate data," including stolen user names and passwords from computers in the Untied States and elsewhere.

Investigators described deer.io as "a turnkey online storefront design and hosting platform, from which cybercriminals can advertise and sell their products," the complaint said.

"Thus far, law enforcement has found no legitimate business advertising its services and/or products through a deer.io storefront," which was hosted in Russia, out of the reach of US law enforcement.

The document said a cybercriminal who wants to sell contraband or offer criminal services can purchase a storefront on deer.io for the equivalent of $12.50 per month.

To verify that the service was selling real data, the FBI purchased data from more than 3,000 hacked accounts for less than $700 in bitcoin and identified names, dates of birth and U.S. social security numbers for people living in California.

The court records showed Firsov would appear to face charges in the criminal complaint in federal court in New York.

Well, this proves that Russia is evil.