Formula One Team Staff Tested for Virus at Australian GP 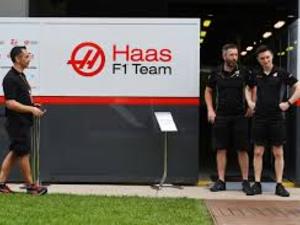 Three Formula One team staff members have been isolated at the Australian Grand Prix while tests are conducted for the new coronavirus, officials said Wednesday, casting a shadow over the opening race of the year.

Two were from the Haas F1 team and one from McLaren.

"Two personnel were showing some symptoms so they got themselves checked out and have put themselves into self-isolation, as they should, while they await results," a Haas official told AFP.

A McLaren official added: "We can confirm that one team member has self-isolated in the hotel as a precaution, in line with our policy, after showing symptoms similar to coronavirus.

"We expect to receive the results overnight. The team is operating as per our normal schedule."

They were tested at the Albert Park circuit in Melbourne as the teams prepare for the race on Sunday. It is not clear what it might mean for the grand prix if the results are positive.

Victorian state Premier Daniel Andrews on Tuesday said it was only a matter of time before large sporting and cultural events were cancelled, but that that stage had not been reached yet.

Earlier this week, Australian Grand Prix Corporation boss Andrew Westacott ruled out the race following the lead of Bahrain by barring spectators, with hundreds of thousands expected over the weekend.

The Chinese Grand Prix is the only race to be postponed so far, although the first three stops on the MotoGP calendar, in Qatar, Thailand and the United States, have been either delayed or cancelled.

All Formula One teams are in Australia, including powerhouse Ferrari and AlphaTauri from their bases in Italy, which is now in lockdown to halt the spread of the disease.

Australia banned travel from Italy Wednesday and opened a US$1.6 billion healthcare war chest in a bid to slow the spread of coronavirus, as locally detected infections hit 124. Three people have died. Victoria state, where the race is being held, has 21 infections.

With concerns growing, race chiefs said drivers would not take part in autograph sessions or pose for selfies, while Renault's Daniel Ricciardo and Esteban Ocon pulled out of scheduled press conference Wednesday.

"Our drivers were supposed to be with us for this event but due to the situation we've excused them for the occasion... I hope you understand why we are taking such measures," team principal Cyril Abiteboul said.

Over the weekend, Formula One's governing body, the International Automobile Federation, said it was establishing what it called a "crisis cell" to meet every two days to monitor the rapidly increasing global threat posed by the virus.

"The FIA will evaluate the calendar of its forthcoming competitions and take any action required to help protect the global motor sport community and the wider public, including the postponement of competitions where necessary," it said.