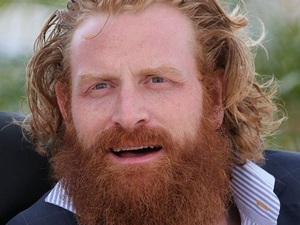 The 'Game of Thrones' actor Kristofer Hivju, who played the role of Tormund, has tested positive for the new coronavirus and is doing well, the Norwegian said in an Instagram post.

The 41-year-old known for his fiery red hair and beard said he and his family were in self-isolation at home.

"We are in good health -- I only have mild symptoms of a cold," he wrote in a message accompanied by a photograph of him with his smiling wife, Gry Molvaer Hivju.

The actor, whose major breakthrough came with the hit series, took the opportunity to remind his followers of good habits to practice in coronavirus times: wash hands, keep a social distance of 1.5 metres, and respect quarantaine rules, among other things.

"Together we can fight this virus and avert a crisis at our hospitals," he said.

A number of other Hollywood celebrities have tested positive for the virus, including US actor Tom Hanks, who was released from an Australian hospital on Tuesday after being held in isolation since last week.

On Monday, Norway said 1,308 cases had been detected and three people have died in the Scandinavian country.