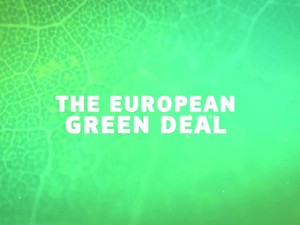 The European Commission insisted Tuesday it would continue work on its green growth initiative despite at least one leader urging them to drop it while the bloc battles coronavirus.

The "European Green Deal" is the flagship climate and economic policy of commission chief Ursula von der Leyen's mandate, but it has already run into fire from some coal-hungry member states.

On Monday, populist Czech premier Andrej Babis said "Europe should forget about the Green Deal now and focus on the coronavirus instead."

But a European Commission spokeswoman, Vivian Loonela, told reporters that, while Brussels is following the epidemic "hour by hour" the Green Deal is still a parallel priority.

And, speaking on condition of anonymity, a European Commission official went further, insisting efforts would continue to enshrine the climate friendly growth plan in EU law.

"The climate crisis is still a reality, and necessitates our continued attention and efforts," the source said.

"This is one of the very reasons why we presented the climate law: to avoid that climate action, a generational task, is obfuscated by more pressing and immediate challenges."