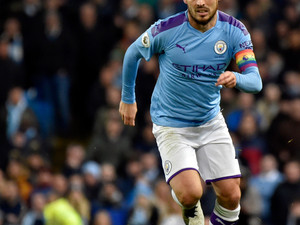 It was the dream scenario for David Silva at the end of his trophy-filled, decade-long career at Manchester City.

Picture it: "El Mago" (the Magician), as fans fondly refer to perhaps the club's greatest player, holding aloft the Champions League trophy -- the big piece of silverware to elude him and his team -- after his final game for City. What a way to go.

The rapidly spreading coronavirus might have put an end to those hopes.

Silva is among dozens of English Premier League players, and hundreds of players across Europe, whose contracts are due to expire at the end of this season. June 30, to be specific.

Except the suspension of the Premier League — and almost every other domestic league across the globe -- and the uncertainty over when they will resume means there's no knowing when the 2019-20 football season will actually end. It might not even be in 2020.

It means one of the most significant questions during's football's current paralysis is how the sport deals with players whose contracts are about to expire.

Will Silva, for example, even be at City when this season ends, if it ever does?

"As with every section of society, there is a sense of great uncertainty about what's to come," said James Skelland, a football agent at YMU Sport.

As part of its effort to find some solutions amid a virus outbreak that has plunged football into one of its biggest crises, FIFA is creating a working group to assess any "necessary amendments or temporary dispensations" to rules regarding the status of players and the transfer window which reopens on July 1.

Any emergency measures will aim "to protect contracts for both players and clubs and adjusting player registration periods," FIFA said.

On Tuesday, soon after pushing back the European Championship from mid-2020 to mid-2021, UEFA — European football's leadership -- announced a working group to examine the fallout of football's current suspension. Player contracts will surely be among the topics.

The talks will not be straightforward, with Skelland describing it as a "very complicated situation."

Most football seasons in Europe run from July 1 to June 30. Some northern countries have leagues run from April into November to avoid severe winter weather.

Employment agreements between players and clubs (including loans), broadcasting agreements and sponsorship contracts follow those dates. This is the first time the season is likely to over-run.

UEFA expressed its commitment to completing the domestic and European club competitions (the Champions League and the Europa League) by June 30. That target is based mostly on hope, with football at the mercy of an invisible threat that has infected more than 218,000 people worldwide and killed more than 8,800.

The issue facing clubs is what to do with players whose contracts expire on June 30, or even earlier in the case of loan signings.

"Players who are not under contract for the 2020-2021 season automatically become a free agent as per July 1, 2020," Demeulemeester told The Associated Press, adding that "additional regulatory and legal changes may be necessary" if clubs want to extend some player contracts by a few days, weeks or months.

"In most countries, player contracts are employment contracts and employment law remains essentially a national matter. Extending the duration of player contracts through (national-level) collective bargaining is not that obvious. Individual consent will therefore in my opinion be the likely route and free agents will be likely to refuse to stay on after June 30," the lawyer said, noting any changes agreed by a player "will likely come at a cost."

In Silva's case, he might be happy to stay on at City. The 34-year-old Spanish playmaker has yet to sign for another club and, in the twilight of his career, the prospect of potentially winning the Champions League in his only season as the team's captain is enticing.

But what about players keen to leave their clubs? Or those who already signed for another team, like Morocco winger Hakim Ziyech who is due to join Chelsea from Ajax on July 1?

For that reason, he added, "one can imagine that a player with no new contract yet does not want to prolong his contract for a few days. On the other hand, if a player already signed with a new club, as is the case for Ziyech, his new club will want to have a say as well."

The top official at the global players' union FIFPro, secretary general Jonas Baer-Hoffmann, said there's a hope for a "collective extension of a short period" which then leads to a free agency.

"With a little bit of common sense and cooperation from everybody, this should be resolvable," Baer-Hoffmann said.

"What we want to prevent is (a situation in) which players the clubs like get extended, and those they don't like, don't (get a contract extension)."

FIFPro currently has good relations with FIFA and UEFA, but any consensus agreed by international officials might not be observed at the local level — by clubs, players or their agents.

The most influential agents in Europe are currently furious with FIFA and trying to resist rules that would cap their commissions from player salaries and transfer fees.

Hundreds of clubs worldwide also face a cash-flow crisis while there is no match-day revenue during football's near-total shutdown. It would surprise few if some clubs far from the Champions League and Premier League spotlight refused to pay players beyond their contract dates.

The multi-billion dollar football industry is unsure when it will restart. It likely faces more uncertainty even when it does.

SELECTED PLAYERS OUT OF CONTRACT AT END OF SEASON

Spain: Alphonse Areola (on loan at Real Madrid from PSG)