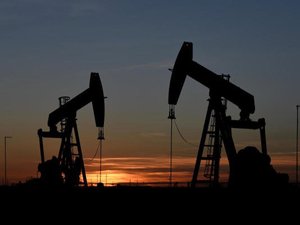 Oil prices fell at the open in Asia on Monday after a trillion-dollar Senate proposal to help the coronavirus-hit American economy was defeated and death tolls soared across Europe and the US.

US benchmark West Texas Intermediate initially tumbled more than three percent but then pulled back some ground to trade 1.5 percent lower, at $22 a barrel.

Brent crude, the international benchmark, fell 4.9 percent to $25 a barrel.

Prices have fallen to multi-year lows in recent weeks as lockdowns and travel restrictions to fight the virus hit demand, and top producers Saudi Arabia and Russia engage in a price war.

The latest drop came after a trillion-dollar Senate proposal to rescue the US economy was defeated after receiving zero support from Democrats, and with five Republicans absent from the chamber because of virus-related quarantines.

The bill had proposed funding for American families, thousands of shuttered or suffering businesses and the nation's critically under-equipped hospitals.

Coronavirus deaths soared across Europe and the United States at the weekend despite heightened restrictions.

The death toll from the virus -- which has upended lives and closed businesses and schools across the planet -- surged to more than 14,300 Sunday, according to an AFP tally.

"Oil markets collapsed out of the gate this morning as prices react... to stringent containment lockdown measures," he said.