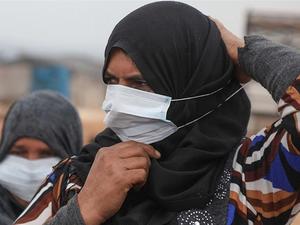 The Syrian government has announced the first case of the novel coronavirus in the war-torn country, days after starting measures to stem the spread of the pandemic.

Health minister Nizar Yaziji late Sunday said authorities had recorded "a first case of the coronavirus in Syria in a person coming from abroad," without specifying the country.

"The appropriate measures have been taken to deal with" the female patient aged around 20, state news agency SANA reported him as telling journalists.

The Damascus authorities have over the past week increasingly taken measures to prevent a spread of the deadly virus.

They have ordered schools, universities, restaurants, cinemas and events halls to close, and suspended prayer gatherings.

They have also stopped work or downsized staff in government institutions, and transport between provinces is to come to a halt from Tuesday.

After nine years of a war that has killed more than 380,000 people and ravaged the country's infrastructure, fears are high that a COVID-19 outbreak in the country would have devastating consequences, especially in areas outside regime control.

These include the last major rebel bastion of Idlib in the northwest, and the Kurdish-held northeast.

A World Health Organization spokesman earlier this month warned that Syria's "fragile health systems may not have the capacity to detect and respond" to what is now a pandemic.