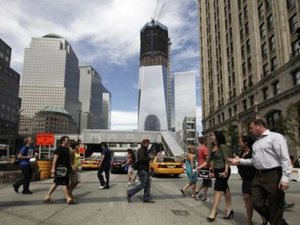 Companies are scrambling to adapt as the coronavirus emergency saps demand and governments order them to shut down part if not all of their activities.

Whether it is by laying off staff or reducing working hours, cutting costs or scrapping dividends, or a mixture of all of these, firms are trying to adapt to survive the COVID-19 crisis even as governments pledge hundreds of billions to help the limp along -- or failing that, to bankroll rescues or outright nationalization.

Here are highlights of recent actions companies have announced:

European aviation giant Airbus said it would cancel its planned dividend payment for 2019, thereby saving the cash, and also abandon its earnings forecasts for the current year. At the same time, it resumed partial production in its French and Spanish plants after putting into place heightened safety measures.

French chemicals companies are shifting gear to produce 100,000 liters of sanitizing hand gel per day, which is in short supply, their industrial association said.

Royal Dutch Shell said Monday it will reduce operating costs by $3.0-4.0 billion over the next 12 months and cut investments by a fifth to $20 billion.

Saint-Gobain, a maker of construction materials, said it will strongly cut back investments and would issue new guidance about its outlook.

Singapore Airlines said it was grounding all but nine of its 147 planes together with its regional subsidiary SilkAir, while its low-cost Scoot unit will only fly two out of 49 aircraft. It said senior management had agreed to a cut in pay, voluntary unpaid leave was being offered to many employees and that cost cutting measures were being discussed with unions. The airline said it had also drawn on credit lines to meet its needs for cash.

French oil major Total said Monday it would slash investment spending by a fifth, cut an additional half billion dollars in costs and halt share buybacks.

French firm Vinci dropped its 2020 earnings forecasts as many construction projects are being cancelled and traffic has tumbled at the airports it operates.

The British government took over the railways in a bid to ensure services keep running.

France's bank trade association said firms facing a cash crunch will be able to get access to low-interest loans from Wednesday following the government providing 300 billion euros in credit guarantees.

The U.S. Federal Reserve rolled out another series of facilities to provide financing for companies in distress and said it will soon unveil a program to lend directly to small- and medium-sized companies.