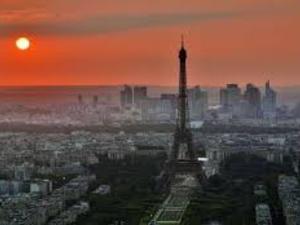 Metro and rail services in Paris and its suburbs will be cut to a minimum as part of the nationwide coronavirus lockdown, officials said Wednesday.

Both Paris transport operator RATP and national rail group SNCF have already sharply reduced services since the home confinement orders came into effect on March 17. They apply to all but essential employees and those who cannot work from home.

The operators said the goal was to keep just enough trains running for health workers and others who need to get to work during the coronavirus crisis.

Bus and tramway services have already been scaled back, with overall traffic on the Paris public transport system just 30 percent of normal -- although dedicated shuttles have been put in place for major hospitals in the region.

Beyond the traffic fall-off, the service reductions also take into account the fact that many transport employees cannot come into work, either because of sick leave or the need to take care of children since schools were closed in a bid to slow the COVID-19 outbreak.

The SNCF also said Wednesday it had further reduced the number of high-speed TGV and regional trains in operation, to just seven percent of normal capacity.

Fewer passengers are also allowed into each carriage to ensure the necessary safety distance of one meter (3.3 feet) between individuals.

Police are carrying out checks at stations to prevent unnecessary travel, not least by people hoping to escape confinement in large cities.

Also Wednesday, Paris airports operator ADP said it would temporarily shut Orly airport, the main domestic hub, to commercial flights because of the "significant and sudden" drop-off in passenger traffic because of coronavirus travel restrictions.

The group had already shut several terminals at both airports as airlines slashed flights.

France has reported 1,331 official coronavirus deaths since the first case was reported in January. More than 11,500 people have tested positive for the virus.

The government will announce over the coming days for how long the country's lockdown measures would continue, spokesperson Sibeth Ndiaye said.

President Macron on Wednesday visited  a military field hospital set up by the French army in the eastern Mulhouse region which has been badly hit by the coronavirus.

The intensive care unit of the main hospital in the city of Mulhouse has been overwhelmed by coronavirus cases.