Iran Says Has 'No Knowledge' of Missing Ex-FBI Agent 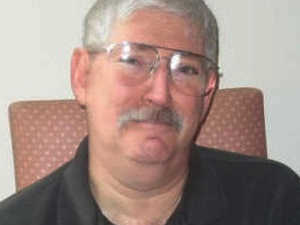 Iran said on Thursday it had "no knowledge" of the whereabouts of a former FBI agent missing since 2007, after his family said he had died in Iranian custody.

US President Donald Trump did not confirm Bob Levinson's death, saying that Iran had not communicated any news on the former agent, who would have turned 72 this month.

"Iran has always maintained that its officials have no knowledge of Mr. Levinson's whereabouts, and that he is not in Iranian custody," said Alireza Miryousefi, chief press officer at Iran's mission to the United Nations.

"Those facts have not changed."

Levinson's family said that it had learnt that he was dead, although it gave no information on how or when.

"We recently received information from US officials that has led both them and us to conclude that our wonderful husband and father died while in Iranian custody," said a statement from the family.

The family said Levinson died before the coronavirus pandemic, which has hit Iran hard and led authorities to release thousands of prisoners temporarily.

Levinson is one of a number of Americans who have disappeared in arch-enemy Iran, but his case has been among the most perplexing, with his family until now insisting he was alive.

The father of seven vanished in March 2007 in Kish, an island that has more lenient visa rules than the rest of Iran, and was said to have been investigating cigarette counterfeiting.

But The Washington Post reported in 2013 that Levinson, who had retired from the FBI, was working for the CIA and had gone on a rogue mission aimed at gathering intelligence on Iran.

Iranian officials have repeatedly said they had no information about him.

Iran's foreign ministry said in 2018 that Levinson had "travelled to Iran at a certain point and then left" and that it had no information about anything that might have happened after he left.