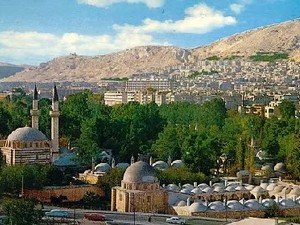 Human Rights Watch called for the Syrian authorities on Friday to "respect" the right of its people to protest, amid online calls for large demonstrations.

"Syria’s government should immediately cease its intimidation and harassment of demonstrators expressing solidarity with pro-democracy campaigners in Egypt," the human rights group said in a statement.

On Wednesday, a group of 20 people in civilian clothing beat and dispersed 15 demonstrators who had gathered in old Damascus to hold a candlelight vigil for Egyptian demonstrators.

It said it was told by one of the organizers of the protests that the Syrian security services showed up at each of the gatherings, filmed the participants and checked their identity papers.

Suheir Atassi, one of the main organizers, was quoted as saying that the security services contacted her family last week and urged them to pressure her to cease her activities.

She told Human Rights Watch that she was insulted, slapped and threatened by police, who accused her of "working for Israel.”

The watchdog said: "Increased pressure by the authorities to restrict any form of public gathering has come as groups have emerged on Facebook urging people in Syria to protest" on Friday and Saturday to "end corruption" and the state of emergency, which has prevailed in Syria since 1963.

"That means, for starters, that the security services need to stop repressing activists, harassing their families, and cracking down on legitimate dissent," she said.