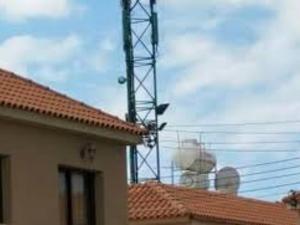 Cyprus President Nicos Anastasiades on Wednesday condemned the spreading of fake news on COVID-19 conspiracy theories after a telecoms tower was vandalized.

Police said 18 people had been summoned for questioning for alleged incitement to vandalism after Saturday's arson attack in Limassol on the south coast.

"The culmination (of such fake news) was the criminal act against a Cyprus Telecommunications Authority antenna," the president said in a statement.

Anastasiades said it resulted in "interruption of mobile telephony services, endangering the lives and the health of vulnerable groups" during the coronavirus epidemic.

Conspiracy theories falsely claim the deployment of 5G technology has caused or helped accelerate the spread of the novel coronavirus.

"No licence for the installation of 5G (on the island) has been granted to any company," said the Cypriot president.

Police said those being questioned were suspected of posts on social media that could incite attacks on 5G masts allegedly being set up in secret.

Amid a spate of such attacks in several countries, the British government on Wednesday dismissed claims of a link between 5G and coronavirus as "complete nonsense."