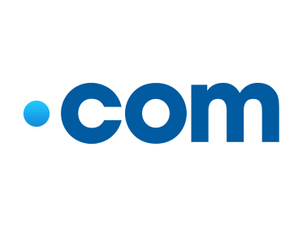 The government newspaper Iran has lost its .com website, with its publisher on Monday accusing the United States of "stealing" the domain name.

The paper's .com edition is no longer available, although its .ir version remains active.

Contacted by AFP, Mehdi Shafii, head of the media group that publishes Iran, accused the U.S. Treasury of wanting to "block" and "confiscate" the company's domain names.

U.S. President Donald Trump's administration has "so far shown that it is not at all rational or logical and therefore behavior such as stealing a newspaper's domain was not unexpected", he added.

"This is an inhumane act that violates human rights, in particular freedom of expression," Shafii said.

He called on "all international bodies, members of the media and all supporters of freedom of expression around the world to react and condemn this decision."

The U.S. Treasury, particularly its Office of Foreign Assets Control (OFAC), acts according to U.S. economic sanctions that the Trump administration has tightened considerably against Iran since 2018.

As a result, some social media networks including Instagram have closed accounts belonging to Iranian officials named on the U.S. Treasury's blacklist.

A search of the Iranian newspaper's .com domain name shows that its status was updated on April 23 and is now owned by "OFAC Holding" registered in Jacksonville, Florida.

In 2013, Brian Krebson, an American investigative journalist specializing in cyber security, reported on his blog that "OFAC Holding" was the signature of an American company, Network Solutions, and its parent company Web.com.

According to Krebson, these two companies had seized hundreds of domain names linked to Syrian entities targeted by U.S. sanctions for their links with President Bashar al-Assad.