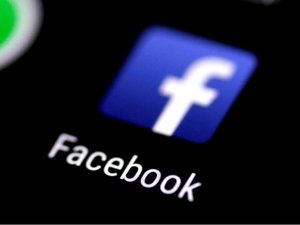 Facebook on Wednesday reported a sharp jump in usage as the global pandemic unfolded, in a quarterly update that sparked a rally in shares of the social network despite its warning of turbulence in the coming months.

Shares climbed some 10 percent after Facebook reported a profit of $4.9 billion on revenue that grew 17 percent to $17.4 billion during the first three months of this year.

Chief executive Mark Zuckerberg vowed to keep pouring money into social networking "needs" revealed by the crisis despite uncertainty about the impact of the health emergency on the economy and its business.

"I think in some ways that's an opportunity and in other ways I think it's a responsibility to keep on investing in the economic recovery," he told analysts on an earnings call.

Ranks of monthly active users grew 10 percent to 2.6 billion for its core Facebook social network, and the user count for its "family" of apps including Instagram and WhatsApp hit three billion.

But Facebook warned of "unprecedented uncertainty" about the future of its business as a result of the COVID-19 pandemic.

"The impact on our business has been significant and I remain very concerned that this health emergency and therefore the economic fallout will last longer than people are currently anticipating," Zuckerberg said.

Facebook said it saw "significant reduction" in demand for advertising as well as a drop in ad prices during the last three weeks of the quarter.

A steep decrease in advertising revenue in March was followed by signs of stability, according to the social network.

Ad revenue -- the bulk of Facebook revenues -- has been relatively flat in April compared to the same period last year, according to the social network.

The California tech giant offered no specific outlook for the current quarter because of the rapidly shifting conditions.

"The April trends reflect weakness across all of our user geographies as most of our major countries have had some sort of shelter-in-place guidelines in effect," Facebook said.

Travel and car advertising slumped, while ads related to gaming and e-commerce rose, according to executives.

The California-based company noted that use of the social network may ebb a bit as lockdown restrictions ease.

"I don't expect that this exact spike in usage will sustain over a longer period of time," Zuckerberg said.

"But, in some areas, I think we are seeing an acceleration in pre-existing long-term trends like the dramatic increase in online private social communication that is likely to continue."

Analyst Debra Williamson of eMarketer said Facebook is likely to see "a much more challenging quarter" in the period that began in April, with advertising growth in doubt due to global economic conditions.

"Some countries will be open for business sooner than others, and ad spending will start to rise there, but other countries will remain largely on lockdown into May and possibly beyond," she said.

This could make it "incredibly difficult for a company like Facebook to get its ad sales momentum back," Williamson said.

Like other big tech firms, Facebook's role during the crisis has become more prominent as it helps people connect and seeks to weed out misinformation about the virus pandemic.

It has helped authorities track the spread of the disease by providing data for a virus "heat map" using Facebook's vast data.

The social network has also created a "journalism relief fund" to help news organizations hurting from the economic slump.

Facebook recently unveiled a new video chat service with virtual "rooms" where people can pop in to visit friends, aiming at users turning to the popular Zoom platform during the pandemic.