UK to Roll Out Tracing App in Bid to Ease Lockdown 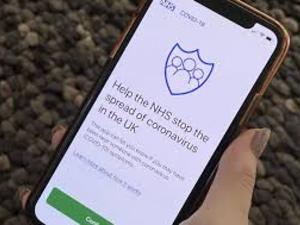 Britain was poised on Monday to roll out a new smartphone tracing app for coronavirus on an island off England's south coast, as the country looks to ease a six-week nationwide lockdown.

The app, developed by the state-run National Health Service (NHS), will be trialed on the Isle of Wight ahead of its planned rollout across Britain later this month.

It is seen as a key part of Prime Minister Boris Johnson's plans to lift stay-at-home orders imposed in late March.

Health Secretary Matt Hancock announced the app would be available to the island's health professionals from Tuesday, before being rolled out to all of the island's roughly 80,000 households later this week.

He said the app was part of the government's new "test, track and trace" strategy that aimed "to hunt down and isolate the virus so it's unable to reproduce."

"This does not mean the end of social distancing on the Isle of Wight or anywhere else for that matter," Hancock added at the daily Downing Street briefing.

Britain is one of the worst-hit countries in the COVID-19 pandemic, announcing another 288 deaths on Monday to take the death toll to 28,734 -- the third highest globally and almost on a par with second-placed Italy.

Johnson said last week the country was "past the peak" of the outbreak but not yet ready to move out of lockdown.

The measures -- which are assessed at three-week intervals -- are set for review on Thursday, but the British leader is not expected to set out his proposals for their easing until Sunday, according to media reports.

In the meantime, officials will assess how well the smartphone app performs on the Isle of Wight.

The island is seen as an ideal place for the trial because it has no direct links to mainland Britain and has a relatively low number of confirmed virus cases.

The app will be deployed alongside a newly recruited team of contact tracers, who will eventually number 18,000 nationwide, to help track down people identified by the tool as at-risk of having become infected.

But Scottish First Minister Nicola Sturgeon warned it was not a "quick-fix" and that the number of people being infected was still too high to make any "meaningful change" to the social distancing regime.

"It is very likely on Thursday I will be asking you to stick with lockdown for longer," she said.

Britons are currently being told to stay at home unless they need to work, buy essentials or take daily exercise, but they must stay at least two metres away from other people.

New government guidance on how to maintain social distancing in workplaces suggests British office workers will be encouraged to stay at home for months to avoid overwhelming the transport system, according to the BBC and the Financial Times.

The guidance urges employers to stagger shifts and stop people from sharing desks or stationery. Workers who deal with customers must also be protected by plastic screens.

No date for reopening schools has yet been decided, a spokesman for Johnson told reporters.