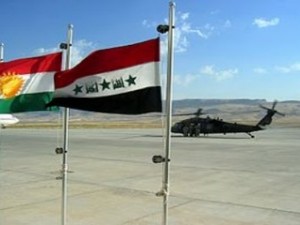 "The aircraft caught fire just after it took off," Hadi Amer, an official at the airport 270 kilometers north of Baghdad, told Agence France Presse.

"It turned back to try to return to the airport but crashed at around 5:50 pm (1450 GMT) as it tried to land," he said, adding that seven people had been killed.

The victims were the jet's crew of three plus a Lebanese and three Iraqis who were employed by, or held shares in, the Iraqi mobile telecom operator Asiacell, which is based in Sulaimaniyah, the second biggest city in Iraqi Kurdistan.

Among the fatalities was Bassel Rahim, a shareholder in Asiacell and brother of Rand Rahim, who was the first Iraqi ambassador to Washington after the 2003 U.S.-led invasion that ousted dictator Saddam Hussein.