Russian PM Back to Work after Coronavirus Battle 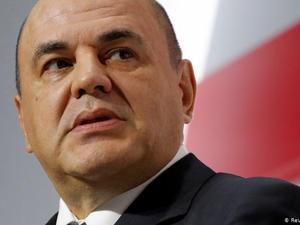 Russian Prime Minister Mikhail Mishustin is returning to work after fighting off the coronavirus, the Kremlin said Tuesday.

President Vladimir Putin signed a decree ordering Mishustin to resume his regular duties, which had been carried out by a deputy since April 30 while the 54-year-old prime minister was receiving medical treatment.

Mishustin, who was appointed by Putin in a surprise move earlier this year, stayed in hospital but still participated in government meetings, appearing behind a desk in a suit.

Putin had decreed that deputy prime minister Andrei Belousov take over his duties after Mishustin told Putin his test came back positive.

No further details about Mishustin's recovery or condition were released.

Several other senior officials were also infected with the coronavirus in Russia, including the ministers of culture, education and construction, as well as Putin's spokesman Dmitry Peskov.

Russia as of Tuesday had the second-highest number of confirmed coronavirus cases after the United States, with 299,941 reported infections.