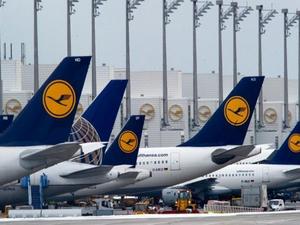 German Chancellor Angela Merkel said Wednesday that a decision would come "soon" on a potential rescue program for coronavirus-stricken airline giant Lufthansa after weeks of talks.

"You should expect a decision soon, but it has to be ready first," Merkel said in Berlin.

The chancellor declined to comment on an earlier report from news weekly Der Spiegel that a new offer from the federal government to Lufthansa bosses was on the table.

Spiegel had said that Merkel and ministers agreed on a 25-percent-plus-one-share stake in the airline group as well as further capital support, in exchange for two places on the company's supervisory board.

The aid was to total around nine billion euros ($10 billion), Spiegel reported.

But Merkel said she would "not comment on ongoing negotiations", while Lufthansa earlier declined to comment when contacted by AFP.

Questions over whether the state should be represented on decision-making bodies at Lufthansa in exchange for rescue funds have divided Merkel's center right-center left coalition in recent weeks.

Pro-business politicians among the ranks of the chancellor's conservative CDU party rejected representation, saying government should not interfere with management.

But Merkel's junior partners in the Social Democratic Party (SPD) were in favor, hoping to exert influence on potential job cuts and environmental targets.