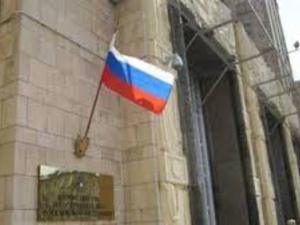 Washington's departure from the Open Skies arms control treaty with Russia would be a blow to European security, a Russian deputy foreign minister said Thursday.

"The withdrawal by the US from this treaty would be not only a blow to the foundation of European security... but to the key security interests of the allies of the U.S.," Alexander Grushko was quoted as saying by the RIA-Novosti news agency after President Donald Trump said the U.S. will pull out from Open Skies.