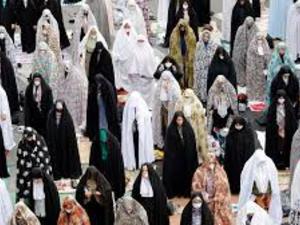 Shiite Iranians in a rare event will mark the end of the holy month of Ramadan this year on separate days -- Sunday or Monday -- depending on different religious authorities' edicts.

Supreme leader Ayatollah Ali Khamenei announced Saturday evening on his official website that the Eid al-Fitr festival will fall on Sunday this year.

But the country's other senior Shiite clerics, or "marjas" -- whose guidance believers follow and are seen as a "source of emulation", such as Javadi Amoli, Makarem Shirazi and Safi Golpayegani, among others -- have issued separate statements saying the holiday will be celebrated on Monday.

The timing of Eid is determined by the position of the moon, in accordance with the Muslim lunar calendar.

In practice, due to the political system of the Islamic republic, almost all open religious sites -- affiliated with the state -- will mark Eid on Sunday.

A minority branch of Islam, Shiism has been the state religion in Iran since the early 16th century.

The Sunni minority in the country celebrates Eid on Sunday, in line with most of the Muslim world.

In the capital Tehran, where many mosques remain closed as part of measures to combat the spread of the novel coronavirus, worshipers took part in morning prayers while trying to respect social distancing rules, according to AFP journalists.

Collective prayers are still banned in principal in the city due to the pandemic, but special dispensation has been granted for Eid al-Fitr, one of the most important holidays on the Muslim calendar.

The holiday was also marked by the traditional pardons granted to prisoners by the supreme leader.

According to the judiciary's official news agency Mizan Online, 3,721 convicts, including a number of people "sentenced for crimes related to state security" were granted pardons.

The agency did not provide further details, but several Iranian media outlets reported that labor activist Esmail Bakhshi and others who took part in protests at the Haft Tapeh sugar factory in the southwestern province of Khuzestan were on the list of those granted amnesty.

Bakhshi was one of the organizers of protests that lasted several weeks at the factory in late 2018, after which he and other activists were sentenced to jail terms ranging from five to seven years.

Bakhshi was released on bail in October 2019 pending his appeal. He claimed to have been tortured while in pretrial detention.

Without acknowledging any irregularities in the proceedings, judicial authorities said in September they had ordered that Bakhshi and his companions be given a "fair and equitable trial" on appeal.