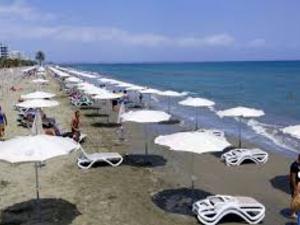 Researchers studied the water for bacteria indicating pollution caused by sewage or water drainage from farms.

Water quality can be classified as "excellent", "good", "sufficient" or "poor", depending on the level of fecal contamination detected.

Polluted waters can, if ingested, cause illness, including gastrointestinal problems and diarrhea.

Countries with waters qualified as "poor" should ban bathing or advise against it, the EEA said.

Albania registered the highest number of sites with poor water quality, at 5.9 percent, but the number has nonetheless been halved in four years thanks to the construction of water treatment plants.

Water quality tends to be better in coastal areas, thanks to their capacity for self-purification.

"Moreover, many central European inland bathing water sites are situated on relatively small lakes and ponds as well as low flow rivers, which, especially in the summer, are more susceptible than coastal areas to short-term pollution caused by heavy summer rains," the report said.

Cyprus topped the report, with 99.1 percent of its beaches boasting excellent water quality.

The study covered EU member states as well as Albania, the UK and Switzerland.

Greece, popular with tourists for its beaches, came in fourth at 95.7 percent, behind Austria and Malta.

They were followed by Croatia, Germany and Portugal, while Denmark, Italy and Spain tied in eighth place with 88.4 percent.

The EAA noted that in general, beaches on the Mediterranean tended to have cleaner water.