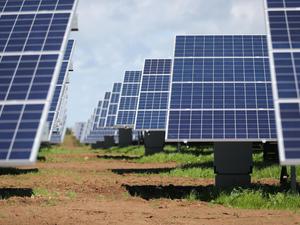 Drawn up jointly with the International Monetary Fund (IMF), the 2021-2023 blueprint aims -- in each of those years -- to boost GDP growth 1.1 percent, "save or create" nine million jobs, and slash CO2 emissions by 1.5 billion tonnes.

Hitting those targets will require investments of about $1 trillion (900 billion euros) annually over the three year period, the IEA has calculated.

"A cleaner, fairer and more secure energy future is within our reach," said IEA Executive Director Fatih Birol, adding that world leaders have a "once-in-a-lifetime opportunity" to reboot their economies and tackle global warming at the same time.

But those goals continue to pull against each other, Birol acknowledged, pointing to lessons learned from the global recession triggered by the collapse of the US housing market.

"When we look at the 2008 financial crisis, we see that global emissions declined in 2009," Birol told journalists by phone.

Government policies during the COVID-19 pandemic drastically altered patterns of energy demand around the world.

Two month later, however, that decline had been sharply reversed, the same team noted in an update.

"Emissions rebounded to within five percent of mean 2019 levels in early June as countries lifted or weakened their confinement policies," according to the findings, published via the Global Carbon Project, a research consortium.

Overall, global emissions will drop at least four percent in 2020, they estimate, while the world economy is on track to contract at least six percent this year, according to the OECD.

Another three million jobs in related areas such as vehicles, buildings and industry have also been lost or are at risk.

Energy investment, meanwhile, is set to plunge an unprecedented 20 percent in 2020, raising concerns about the pace of clean energy transitions.

New jobs envisioned in the Sustainable Recovery Plan are concentrated on retrofitting buildings to improve energy efficiency, and in the electricity sector, especially renewables.