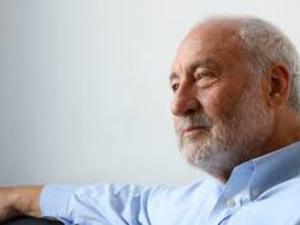 Business as usual is not an option once the world emerges from the coronavirus pandemic, according to Nobel laureate economist Joseph Stiglitz, who wants new climate-laced metrics to measure growth beyond the blunt instrument of GDP.

Interviewed by AFP, Stiglitz said the debilitating effects of COVID-19 worldwide offered governments a chance to forge a green recovery with a new emphasis on fairness.

"And it shouldn't be just going back to where we were," he said.

"GDP does not take into account the inequalities, the lack of resilience or the lack of sustainability. What we want to do now is to lead the economy in a direction that reflects all these concerns."

Stiglitz, winner of the Nobel prize for economics in 2001 who served as a top adviser at the World Bank and in Bill Clinton's White House, has long argued that gross domestic product is far too broad a measure.

A decade ago, he co-chaired a commission convened by the French government that recommended a new approach encompassing metrics for sustainability and a "green GDP".

"We argued for a dashboard," he told AFP, "We pointed out that if we had had better measures, we would have had a better sense of the damage that the 2008 crisis was doing."

Today, "the most important indicator is the impact of greenhouse gas emissions", Stiglitz said.

"What we've been learning more about is the multiple manifestations of climate change, in terms of for instance how it will affect extreme weather events. What we have learned is the complexity in climate change itself."

Stiglitz is not alone in demanding a break with the past as the world strives to overcome a pandemic that has so far killed more than 450,000 people and infected at least eight million, according to an AFP tally.

Shutdowns sparked by the outbreak have led to dizzying declines in growth rates and mammoth government bailouts in a number of countries, especially in Europe and the United States.

Some of the rescue packages have come attached with strings demanding companies refocus their investment plans on strategies to fight climate change. An overarching plan was unveiled Thursday by the International Energy Agency and International Monetary Fund.

The project aims to boost GDP growth by 1.1 percentage points, "save or create" nine million jobs, and slash CO2 emissions by 1.5 billion tonnes in each of the next three years.

But those goals continue to pull against each other, Birol acknowledged, pointing to lessons learned from the global recession triggered by the 2008 collapse of the U.S. housing market.

Stiglitz, who has extensively criticized the laissez-faire policies that led up to 2008, said the current crisis had again exposed short-sighted thinking.

"We created an economy without spare tires, without extra hospital beds, we didn't do pandemic preparedness, we didn't do a lot of the things that would have enabled us to respond to the pandemic," he said.

Stiglitz said there were grounds for hope now, especially in the European Union, whose executive arm is pushing a five-year "Green Deal" as part of a strategy to achieve "carbon neutrality" by 2050.

But the plan remains hostage to other financial pressures, as EU leaders squabble over a coronavirus recovery plan worth 750 billion euros ($843 billion).

The 2050 goal is "attainable" and "very positive," Stiglitz said.

Stiglitz said he backed proposals by both the European Commission and by U.S. presidential contender Joe Biden to impose a tax on carbon-intensive goods from abroad.

"I think this is something that needs to be implemented. Of course it would have to be used in a non-protectionist way," the economist said.