Virus Resurging in Europe as Restrictions Ease, Says WHO 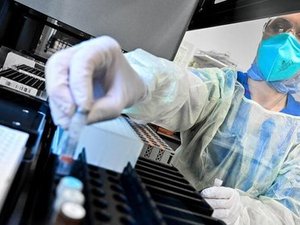 Europe has seen a surge of COVID-19 cases since countries began easing restrictions aimed at curbing the spread of the potentially fatal virus, the World Health Organization said Thursday.

"Last week, Europe saw an increase in weekly cases for the first time in months," the WHO's regional director for Europe Hans Kluge told reporters.

He said more than two dozen countries in Europe had seen resurgences of the deadly virus.

"Thirty countries have seen increases in new cumulative cases over the past two weeks. In 11 of these countries, accelerated transmission has led to very significant resurgence that if left unchecked will push health systems to the brink once again in Europe," he warned.

Kluge did not identify the countries by name, nor provide detailed numbers.

Germany, which began easing measures about seven weeks ago, is however one such country that has suffered a major setback.

On Tuesday, it reimposed lockdowns on more than 600,000 people in two districts in the western part of the country after an outbreak at a slaughterhouse infected more than 1,500 workers.

Portugal also imposed new restrictions in and around its capital on Tuesday.

Kluge noted that the European region was reporting a decreasing proportion of global cases than earlier in the year, as the pandemic hits the Americas with full force, but Europe continues to report close to 20,000 new cases and over 700 new deaths daily.

Kluge meanwhile singled out Poland, Germany, Spain and Israel for their swift responses to outbreaks in schools, coal mines, and food production settings in recent weeks.

"Where new clusters of cases appeared, these have been controlled through rapid and targeted interventions. This is very good news," he said.