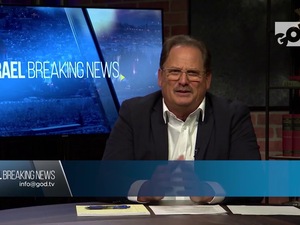 Israel's media watchdog said Sunday that it had withdrawn the broadcast licence from U.S.-based evangelical network GOD TV, accusing it of seeking to target Jews with Christian content.

International Christian network's GOD TV launched its Shelanu (Hebrew for "ours") channel at the end of April on Israeli cable provider Hot, describing it as catering to Christians.

But the channel provoked an immediate outcry in Israel, with then-communications minister David Amsalem accusing it of being a "missionary channel" seeking to convert Jews to Christianity.

The Cable and Satellite Broadcasting Council launched an investigation to determine if GOD TV had misrepresented its content when it applied for a licence.

Council chairman Asher Bitton said on Sunday that following the probe and a hearing, he had informed Hot that Shelanu broadcasts must be removed within seven days.

"The channel is aimed at Jews with Christian content, in contrast to the original broadcast request, which stated it was designated for Christians," Bitton said in a council statement.

It said that a Christian channel for Jews would not be automatically disqualified in the future, but that it would have to seek council approval, which Shelanu had not done.

Hot could file a new request for Shelanu that would include "a truthful and detailed" characterization of the channel, the statement added.

A spokeswoman for Hot said that the company was "cooperating with the council and will act in accordance with its decisions on the matter."

In one promotional clip for Shelanu, GOD TV director Ward Simpson tells viewers, "we're going to preach the Jewish Jesus to the nation of Israel... they're going to hear the gospel presented to them in their native tongue."

In a separate online video response to the criticism, he acknowledged that "proselytizing in Israel is a very touchy subject" but went on to say that preaching about Jesus was a mission.

GOD TV broadcasts religious content in around 200 countries and claims to have several hundred million viewers.

Israel enjoys vigorous support from evangelical movements in the United States but keeps a lid on missionary work in the Holy Land.

While Israeli law only expressly forbids the giving of money or gifts to encourage conversions to another religion, missionary activities in general are closely monitored by the authorities and are offensive to many Israelis.

According to Israeli government data, around two percent of the population is Christian, mainly Arabs.

How long do you think a TV Channel dedicated to missionary activities against the Modslem communities would last in ANY Arab country. In my humble opinion less than 24 hours if they were allowed to air at all.

And what exactly does that have to do with this? Stop the what-about-ism. You zionazis hasbarists are the ones who keep saying you are the only democracy in the ME, that you allow religious freedom "unlike the Arabs" and so on so your comment is completely irrelevent. The TV station that was shut down was not arab christian. It was an american evangelist tv station i.e your greatest supporters!! Make up your cursed minds, do you allow freedom of religion or not? Every time you get caught doing something unflattering, you start saying "but look at the arabs". Why not compare yourself to the west, where the zionist movement came from and which you claim to share values with? Why hold yourself to the standards of those you portray as the worst?

The zionsists have some nerve surviving on evangelist money and support yet shutting down their channel. Did you think they were helping you for free?