Report: ‘Critical’ Stage ahead as U.S. ‘Amplifies’ Sanctions on Hizbullah 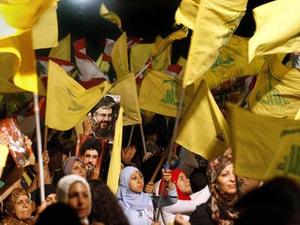 Lebanon is reportedly entering a “very critical” stage and the intensity of U.S. sanctions on Hizbullah is going to “massively increase in the future,” al-Joumhouria daily reported on Tuesday.

According to the daily, a European diplomat told some Lebanese officials that “difficult times await Lebanon and that U.S. sanctions on Hizbullah are going to rise to the maximum level in the foreseeable future.”

He said the Lebanese must be prepared for “very difficult stage ahead.”

The diplomat affirmed that international and Arab aid to Lebanon is unlikely in light of the government’s failure to implement reforms.

He said Lebanon must “read the international position well and must realize that it has no chance of getting international and Arab assistance as long as it does not initiate the implementation of required reforms. Washington and all European Union countries are united over this position,” said the diplomat.

On Lebanon’s bailout negotiations with the International Monetary Fund, the diplomat described them as “discouraging.” He said Lebanon has not initiated any “encouraging position.”

In the CEDRE opening statement :

"It reaffirmed the principle according to which only the Lebanese State may possess weapons, in compliance with Security Council Resolution 1701..."

The criminal organization is directly responsible for ruining the country, they’ll eventually be dealt with like Daesh.

Just read a most interesting article about Hizbala terrorists and journalists Beirut Hammoud (Al akhbar newspaper) and her husband Bilal Bazari are recruiting israelis on behalf of the terrorist. It’s all on today’s Jerusalem Post main page.

These people are literally talking to israelis and aren’t investigated by Lebanese authorities for treason. Moreover, they’ve been contacted personally by the Shin Beit to be warned. Because this lady also has an Israeli passport. Ashraf el ness.....

Iran needs to step-up and provide Lebanon with the aid it needs to get out of this mess. Iran is an oil producing nation so providing Lebanon with a $5b aid package is well within its means.

Nobody wants Iranian oil which expose the buyer to international sanctions. The heat is on not only for Hezbollah, but for the mullahs in Teheran. Much to the delight of the average Iranian who prefer to see the mullahs in jail or worse.

As much as we love Lebanon, or country has gotten away with it for far too long. Speking double-tongued to the international community about adhering to UN-resolutions, fighting corruption, fighting terrorism etc. We were bound to be all-washed up someday, and we certainly are now.