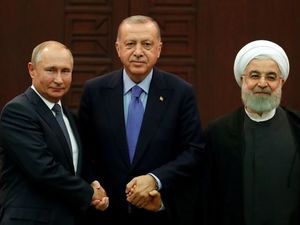 Russian President Vladimir Putin will discuss the Syrian conflict on Wednesday with the leaders of Turkey and Iran, the Kremlin said.

The call will take place around 1100 GMT, Peskov said.

The talks will be the first since  September in the so-called Astana format, in which the three powers discuss developments in Syria, where the conflict has entered its 10th year.

Iran and Russia have been staunch supporters of Syrian President Bashar al-Assad, while Turkey has called for his ouster and backed opposition fighters.